An understanding of the feasibility of different CO2 capture technologies and their integration with geological storage enables funding of those projects most likely to succeed.

The COAL21 Fund has invested in a number of feasibility projects aimed at better understanding carbon capture and storage technologies, including this one led by ZeroGen. 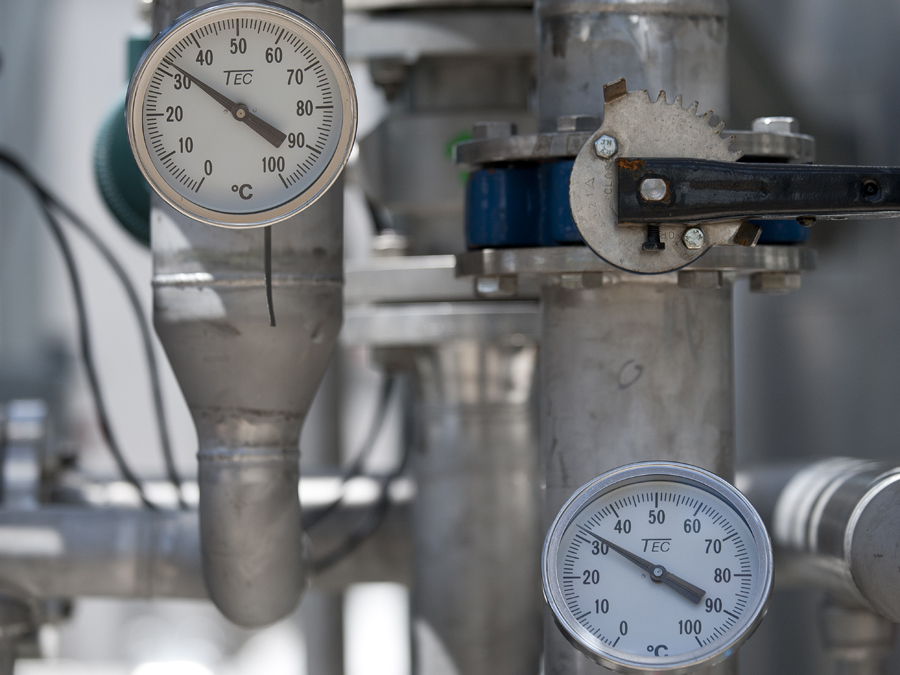 The purpose of this project was to assess one of three CO2 capture technologies – Integrated Gasification Combined Cycle (IGCC) with carbon capture and storage (CCS) –  which at the time of the project was thought to be the most promising.

The project completed a pre-feasibility study for an IGCC power station with CO2 capture integrated with CO2 storage in Queensland – the first study to undertake such a comprehensive and rigorous approach to the design of an IGCC with CCS facility.

The project found that:

This project concluded that IGCC with CCS is technically feasible, but its capital costs cannot be justified for electricity generation alone.

IGCC can be configured to produce multiple, high-value products such as liquid fuels, chemicals and fertilisers as well as electricity and may have application in the future.

In view of these findings, the COAL21 Fund now considers PCC and oxyfuel as the primary CO2 capture options for the foreseeable future.

The project also examined two regions in Queensland – Northern Denison Trough between the towns of Emerald, Blackwater and Springsure, and the Surat Basin near the town of Wandoan – to assess their geological storage potential.

The program for the Northern Denison Trough included significant exploration involving the drilling and testing of 12 exploration wells.

The Surat program involved a desktop analysis of existing exploration data which concluded that:

When the COAL21 Fund was established, very little was known about Queensland’s geological storage potential.  This project, and others examining storage opportunities in Queensland, conducted valuable screening studies which have eliminated those regions with little or no prospectivity, allowing further work to focus on regions with good prospectivity.

The project commenced in 2008 and ran for two years until 2010. It finished earlier than expected due to its finding that while IGCC with CCS is technically feasible, it is too costly given the requirement to build both the power station as well as the capture components at full scale.

This was a ground-breaking study because there were only four IGCC power stations in the world at the time and none had CCS fitted.

This study focused on regions in reasonable proximity to existing coal-fired power stations. Other regions (Galilee Basin, Eromanga Basin) may also offer large geological storage potential but are further afield, yet to be explored and were not considered suitable for storage demonstration in the medium term.  However, they are of great interest for commercial-scale storage in the longer term.

The concept of a Surat Basin Storage Hub is being considered by interested parties. 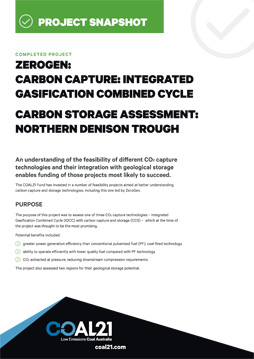